Holidays Around the World 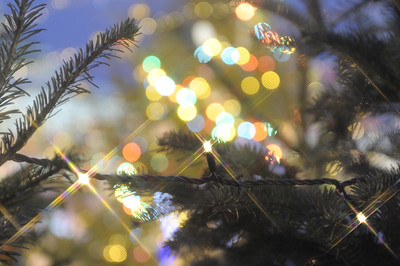 The first holiday being covered is Hanukkah (or as it’s also spelled, Chanukah). Hanukkah originated in Israel and it’s celebrated from November 28 until December 6th. Hanukkah became a special holiday because of a war. Judah the Maccabee, the leader of the army that fought against the Greeks who were trying to force the Jewish to follow their beliefs, went to the Temple’s menorah to light it. They only had enough oil to last a day, but miraculously it lasted for eight.

Because of that miracle, a menorah, which is a candle holder that can hold nine candles, is lit. But before the one lights them , special blessings are spoken. Each of the eight candles is lit by one candle called the shamesh. Traditional songs are also sung afterwards.

There are a few other traditions that are followed during Hanukkah. A potato pancake called a latka and a sufganya (a jelly filled donut) are typically eaten. Dreidel is also played. This is a game where people spin a dreidel (a four sided top that has a Hebrew letter on each side) and either win or lose coins, nuts, and various other trinkets.

The second holiday is Christmas. Christmas is celebrated on December 25th every year by Christians and anyone else who chooses to participate in the holiday. Christians typically see Christmas as the day that Jesus was born. Others, however, see it as a day to spend time with those they love the most. Kids patiently wait to open presents brought to them by Santa the previous night.

The day before, Christmas cookies are set out along with a glass of milk for Santa. Early the next morning, kids and adults alike rip into their gifts that were left under the brightly decorated tree. For some families, on Christmas day relatives come in from all over and everyone has a big Christmas dinner, similar to Thanksgiving.

The third holiday is Kwanzaa. Kwanzaa was created in 1966 by Dr. Maulana Karenga. He wanted something that would bring African Americans together after the Watts Riots in Los Angeles. Kwanzaa takes place from December 26th until January 1st. It’s usually celebrated with songs, dances, and the lighting of candles on something called a Kinara. Each of the seven candles represents an African value, which gets discussed the day the candle gets lit. On December 31st, an African Feast called a Karamu is held.

Each of the 7 days has a special principal tied to it as well. Those are: unity (umoja), self determination (kujichagulia), collective work and responsibility (ujima), cooperative economics (ujamaa), purpose (nia), creativity (kuumba), and faith (imani). There are also 7 special symbols represented during Kwanzaa. Those symbols are: mazao (the crops, like fruits, nuts, and veggies), mkeka (place mat), vibunzi (ear of corn), mishumaa saba (the seven candles), kinara (the candle holder), kikombe cha umoja (the unity cup), and zawadi (gifts). A few of the foods eaten during Kwanzaa are jerk chicken, cajun catfish, and groundnut stew.

The last holiday is Three Kings Day. Three Kings Day, also known as Epiphany, is celebrated on January 6th. The day is a biblical holiday and it follows the story of three kings visiting baby Jesus after he was born. They bring gifts of gold, frankincense, and myrrh.

There’s many festivities that take place during Three Kings Day. For starters, children leave their shoes outside in order to get gifts during the night from the three kings. Salt and grass is also left for their camels. Parades and performances are held. Bakers bake something called a rosca del rey, which is a type of sweet bread that’s a mile long. Typically a baby Jesus is inside and people who attend the festivities gather to get a slice of the bread. 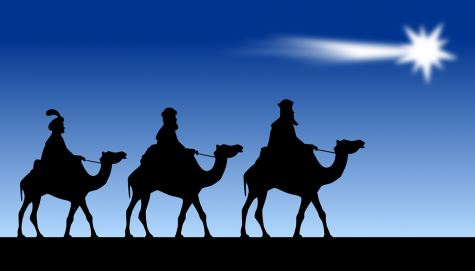