What the Packers should do with Aaron Rodgers 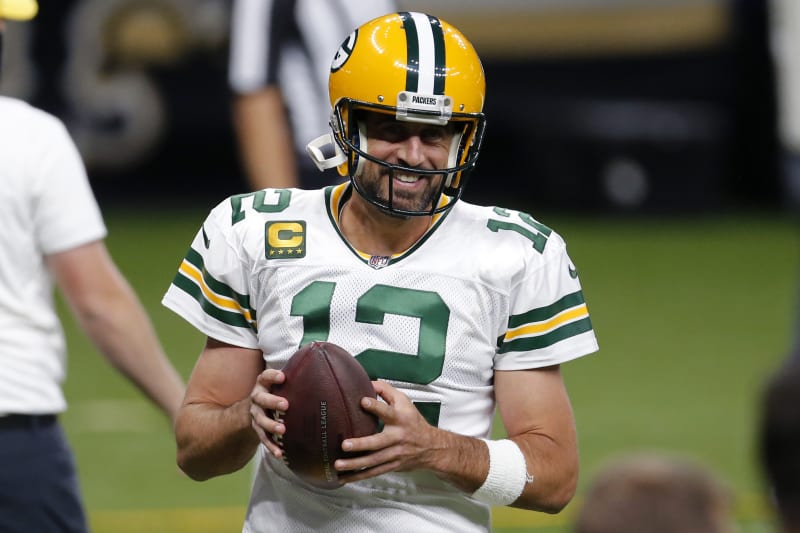 With such a crazy offseason where the salary cap went down because of the lack of revenue this season. The Green Bay Packers have been impacted a great deal by this lack of any salary cap room, yes they were able to extend running back Aaron Jones this off-season, but the Packers had to renegotiate every veteran contract that was available except for one. That one being Aaron Rodgers.
Rodgers who is coming off an MVP season has expressed his uncertainty with his future in Green Bay all the back at the press conference after a devastating loss to the Tampa Bay Buccaneers in last season’s NFC championship game, Rodgers said “ A lot of guys’ futures that are uncertain, myself included”.
When Rodgers said this the media freaked out and started to say that Rodgers was either going to get traded, get cut, or retire. So far none of that has happened, and most people do not think any of the following three above will happen, I share this opinion with those people. With that being said what did Rodgers mean when he said that quote. Lucky we know exactly what it means because Rodgers was on The Pat McAfee show a couple of days after he said that quote. He said “I don’t feel like I said anything that I hadn’t said before… It was just more of a realization I think that ultimately my future is not necessarily in my control…I don’t think there’s any reason I wouldn’t be back”. When Rodgers said that most of the media backed off him for a while, but then free agency hit, and the media went on Rodgers even worse than before.
This is because the Packers renegotiated every veteran contract except for Rodgers, this is because many people believe that the Packers and Rodgers have been working on something to open up cap room. Well, this is kinda true, many reports have Rodgers wanting an extension to keep him in Green Bay for the rest of his career, but the Packers seem to only want to move money into the next two years of Rodgers contract to open up money for now. Both have their reasons, Rodgers wants the job security of the long term, meanwhile, the Packers want to keep Rodgers on a year to year basis because they would have all the power in his future, and if Rodgers were to have a “down year” (not doing as good as he usually does) they could just cut him and save money and find a different quarterback, or they could use their first-round pick last year Jordan Love to replace Rodgers.
Actually, there are now rumors going around that the Packers might trade Jordan Love to the Patriots. So to put that into basics the Packers traded up to get Jordan Love last year in the first round and had no impact on the season they just had, the Packers took love with players like Patrick Queen and Tee Higgins still available. Those players would have helped tenfold last year compared to what Jordan Love did this season, which was nothing. Love was the third-string quarterback last season; he wasn’t even the backup. Now the Packers want to trade him to move up in the draft again. If these rumors are true this could very be telling of what the Packers are going to do with Rodgers.
If these rumors are true then this could indicate that the Packers are going to extend Rodgers and stick with him for the rest of his career, but if the rumors are false then that leaves the Packers and all the fans back at square one in terms of having any idea on what the franchise is doing, in terms of who’s their quarterback. After all that we are back to the same question: what should the Packers do with Aaron Rodgers? Well, the answer is easy, extend him so he can play out the rest of his career in Green Bay and build around him for one more shot at a Superbowl.