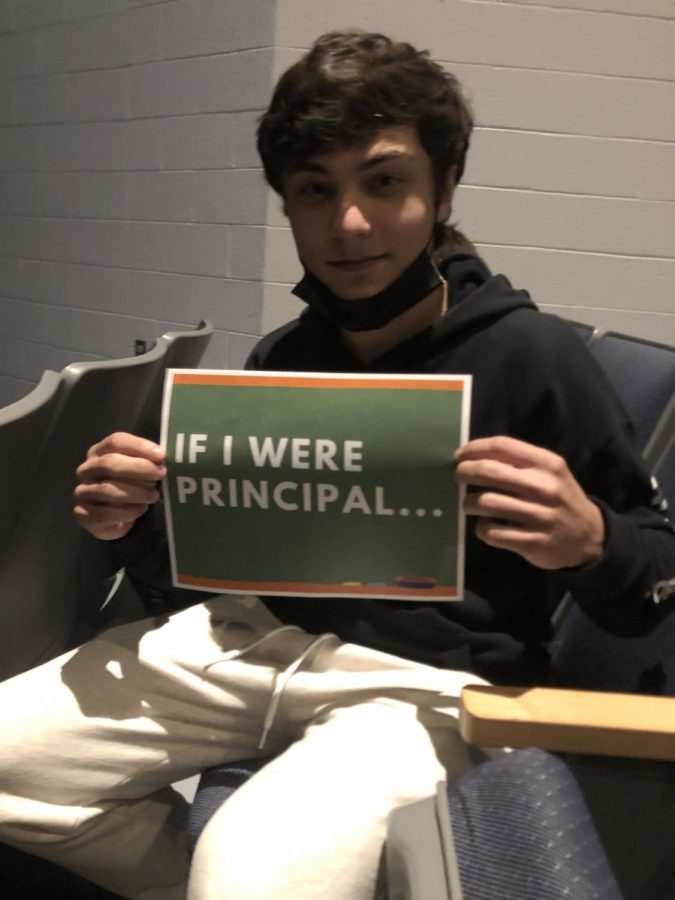 The position of school principal is one that immediately grabs the attention of many students around the world. Many often wonder what they would do if they were in the position of principal. To answer this, we turned to HHS senior Joe Corma to see what he would do if he were in charge of our school.

When asked if he would make any policy changes, Corma had an interesting idea.

”I would make it so that we go into school later,” he said.

Corma also added that he would make the day shorter overall, so that the time school lets out would not get pushed back.

As far as spending goes, Corma thought of a good way to shell out some of HHS’s funds.

”I would make the school lunches better,” he said.

Corma added that he would start going to a company that had better quality and better ingredients.

Since the job of principal comes with a large list of responsibilities and challenges, we asked Corma if he would be able to handle them if placed in the position.

His answer was short and to the point, Corma replied with a simple ”yes.”

We then asked Corma if he would take the job if it were offered to him today.

”No, because it’s too stressful,” he said.

Although it seems like he would bring a lot of interesting ideas to HHS, it looks like we won’t be seeing a Principal Corma anytime in the future.